In Salt Lake City, Utah, the Avenues is a wealthy neighborhood. Streets and Avenues (numbers 1-18) and Avenues (letters A-V) are closely laid out in a grid-like pattern. Utah City’s first neighborhood, the Avenues, was surveyed in the 1850s. When compared to other neighborhoods today, the Avenues neighborhood tends to be younger, more progressive, and somewhat artistic. Because of the culture and the easy commute downtown, many young professionals choose to live there. The Democratic Party has strongholds in Utah as well.

The street names also reflect the variations from the original city plan. Originally, the streets enclosing the city were named after trees – such as Walnut, Chestnut, and Pine – while the four street avenues on either side of the city were known as Fruit, Garden, Bluff, and Wall Streets. As of 1885, the east-west streets were called 1st, 2nd, 3rd, and 4th Streets, while the north-south streets were given the letters A through V (later called Virginia Streets). The City Commission voted to change the names of the numbered streets to avenues in 1907, perhaps in order to avoid confusion with the names of the streets below South Temple. Lettered streets are unique from the rest of the state of Utah because they only exist here.

What To Do In The Avenues?

Besides the views and the walkability, historic homes and craftsmanship make this neighborhood an appealing place to live. There is something to explore in The Aves for everyone – whether you are just passing through or are lucky enough to call it home. The Greater Avenues is an eclectic, not-so-hidden neighborhood gem that should not be overlooked. Grab your walking shoes (and your cameras) and get ready to fall in love with it. Our list of what to do in The Avenues and how to spend your day like a local will provide you with some insight into what to see and do.

You can get your endorphins flowing while training or by taking a morning walk, run, or bike on the nearby trails. There are many trails that are suitable for dogs and children. We strongly recommend that you take a hike or ride on Twin Peak, City Creek Canyon, Bonneville Shoreline, Terrace Hills, I ST. Bike Park, and Memory Grove trails.

It is possible to ride, walk or bike around the base of City Creek Canyon on Bonneville Blvd. At the intersection of B Street and 11th Avenue, you will find this one-way street with a constant flow of traffic. 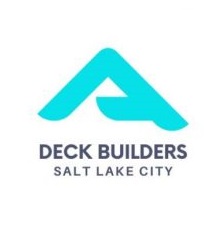